An Evening with Darius Campo “Live Music to Film” 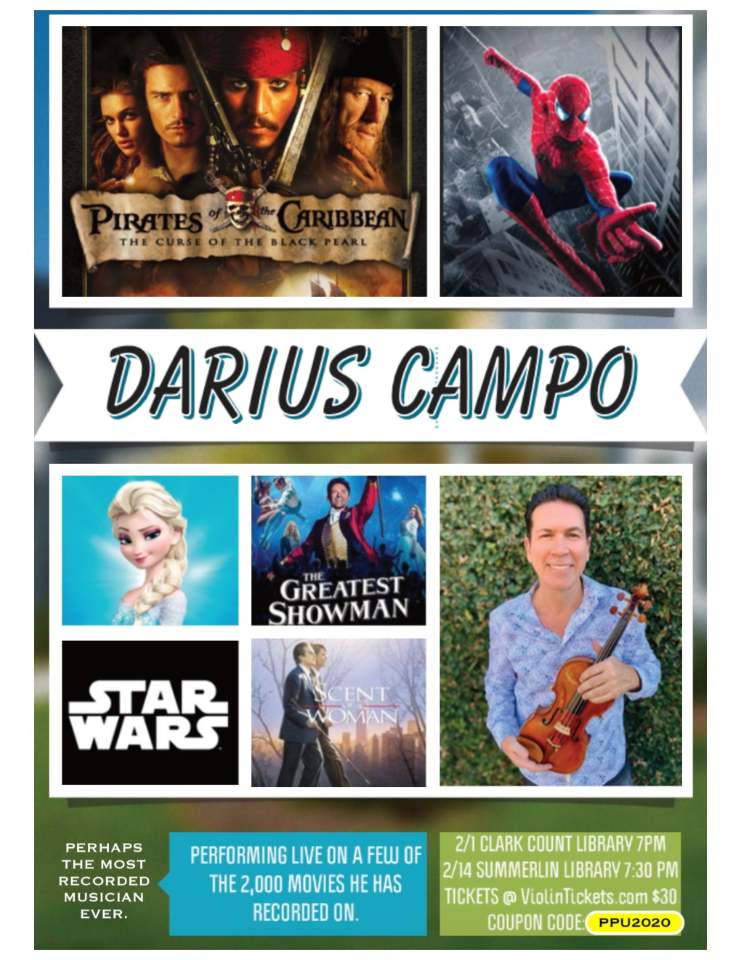 Enjoy an evening with Darius Campo supporting Paw Partners Unleashed. He performs his “Music to Film” concert. Darius Campo is perhaps the most recorded musician in the world. Appearing on over 2,000 major films like Star Wars, Star Trek, The Goonies, Coco, Jurassic Park(s), Men in Black, Toy Story and on. Also recording on over 10,000 songs with artists like Sinatra, Streisand, Gaga, Madonna, Jackson, Stefani, John Williams, Buble and more. Plus thousands of TV shows like Empire, Revenge, Agents of the Shield, Murder She Wrote, Desperate Housewifes, Star Trek, American Dad, Animaniacs and more. In this live concert he will play his legendary violin to film and songs he has recorded on.