When I was asked to write a piece about the plight of a once beloved breed, I was on it so to speak,” like a dog on a bone”. I am, I must admit a bit biased because I had a pit bull as a pet and therefore have first-hand knowledge and understanding of this misunderstood breed.

“Bully breeds” are those descended from the English Bulldog, French Bulldog, Boston Terrier or Cane Corso. The “pit bull” is not a distinct breed which makes it difficult for even experts to identify and that may be the basis for the discrimination that this beloved breed has endured in the last two decades. They have become the victims of canine profiling.

“Even though many dogs are assigned the label Pit Bull, it doesn’t mean they’re genetically or behaviorally similar or that you can predict a dog’s behavior based on that label,” says Bernice Clifford of the Animal Farm Foundation. “All dogs, no matter what their breed or breed mix, are individuals.” In fact, many people are surprised to learn that some of America’s most loved dogs are considered a bully breed. From the large and in-charge boxers to the small, stout Boston Terriers there are a variety of dogs that fall under the category known as bully breeds. 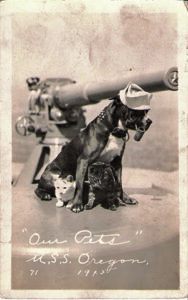 For most of our history we have had a National Dog… the pit bull. We chose this mixed breed because it seemed to accurately represent us as Americans; faithful, reliable and trustworthy and although powerful, extremely tolerant. Pit bulls served this country’s children and it’s military with trust and bravery for 150 years. During the Civil War, a pit bull accompanied the 11th Infantry of Pennsylvania at the Battle of Gettysburg. A pit bull named Stubby became the first American dog during World War I to serve with a platoon in Germany. Stubby was the first U.S. Army dog to be promoted to sergeant. In addition, during World War II pit bulls appeared on war posters and cartoons helping to raise awareness and money for war bonds. They fought in the trenches with our soldiers and died on the battlefields beside them. These heroic canines served with great valor. At one point in our history they even earned the nickname “America’s Nanny Dog” because of their love, dedication and reliable behavior with children. The Little Rascal’s dog ‘Petey’ was a pit bull.

Over time, due to their popularity with a “criminal element” and those looking for a macho-status symbol, their image and public perception became negative. According to the ASPCA, another probable cause is the misidentification of dogs involved in attacks. These have contributed to the “pit bull” being the least adopted and most euthanized of any other breed. They are also banned in over 300 municipalities across our nation. Historically there have been other breeds that have been subject to this type of discrimination such as Rottweilers, Dobermans, and German Shepherds. Dogs are a product of their environment. Proper training, healthcare, and other factors affect temperament and behavior. 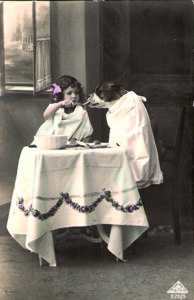 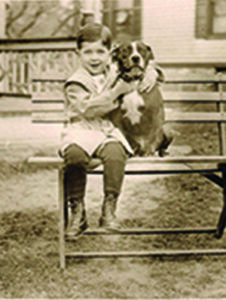 In tests conducted by the American Temperament Society, pit bulls were deemed less aggressive when faced with confrontational situations that produced negative reactions out of many other stereo typically “friendly” dog breeds. The most tolerant breed was the Golden Retriever and the pit bull came in second. One of the most amazing things about this breed is their ability to adapt to almost any situation. They serve in a wide variety of professional fields as well as making outstanding companions. Their positive attitude, even in the face of adversity, their courage, agility and athleticism and their desire to please humans makes them exceptional dogs for such fields as search and rescue, therapy and guide dogs as well as police and military drug and bomb sniffers. A well-bred, well-socialized and well-trained pit bull is one of the most delightful, intelligent and gentle dogs imaginable. They make great family pets. Yet, routinely pit bulls are the most common breed in shelters nationwide. There are a number of organizations that have been established to help change the ‘bad rap’ publicity that has been perpetuated in the past 30 years and are dedicated to the rescue, rehabilitation and adoption of the breed that was once known as America’s Family Dog.

If you are considering the adoption of a pit bull or bully breed, the best way to determine the proper fit for your particular household is to visit a local rescue or shelter and talk to the people who work with them. With proper socialization and training, you will have a loyal and loving companion for life.