Our pets are a constant source of entertainment.  Their comical behaviors make us laugh and often make us wonder, “Why do they DO that”?  While some behaviors are unique quirks of an individual pet, many “somewhat strange” things they do serve an actual purpose.  Here are a few explanations of pet behaviors that many people find puzzling:

Spinning Around in their Bed – Dogs will often spin around in their bed several times before ultimately lying down.  Why?  This behavior has been passed down from their wolf ancestors that would make a bed in the grass or dirt.  Spinning around several times would ensure that there were no snakes or bugs in their spot and would also smash down the grass and soften up the dirt.  In warm temperatures, it would also help them get down into the cooler soil. 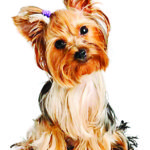 The Head Tilt – In addition to looking absolutely ADORABLE, the head tilt also serves a purpose.  By tilting their head in different positions, it allows a dog to pick up sounds coming from different directions and helps them locate audio cues that may help them identify a sound.  Some experts also suggest that tilting their head helps get their muzzle out of the way for a better view of our facial expressions and body language.

Kicking Up Grass and Dirt after Pooping – Does your dog exuberantly kick up grass and dirt around his freshly made poop?  This is perfectly normal behavior for both male and female dogs that also stems from their wolf ancestry.  Dogs have scent glands under their paws and between their toes.  When they scrape their paws on the ground, it stimulates these glands, leaving even more of their scent around their favorite pooping spot.  The scent secreted from these glands actually lasts much longer than the scent of the feces itself.  It is another way for your dog to mark their territory and claim it as their own.

Face Rubbing – Have you noticed that your cat seems to rub its face against virtually everything in the house, including you?  This behavior is called “bunting”.  Cats have pheromone (scent) glands on either side of their face, primarily around their whiskers.  By rubbing against the objects and people in their home, they are staking a claim on thier space.  Leaving their scent on these items lets other cats know that this territory has been claimed and it’s MINE.

The Slow Blink – Does your cat ever look at you and give you a long, slow blink?  If so, that’s a great sign!  Cats use this blink as a way to communicate to other cats that they feel comfortable and at ease with their presence.  In cat language, it means everything is GOOD!  When your cat gives you the slow blink, he’s telling you essentially the same thing.  Some believe that slow blinking at humans is a sign of affection and love. It is often referred to as a “Kitty Kiss”.

Toys in the Water Bowl – Do you ever find your Kitty’s toys sitting in the bottom of their water bowl?  Believe it or not, your cat is hiding their precious toys in a place they consider to be safe.  Although they may not be hidden very well, your cat is leaving them there because they sees his water bowl as being a secure part of their territory; they’re safe there until they are ready to play with them again.  As an added bonus, their toys will undoubtedly come out a little cleaner!

Although we know the reasons behind some pet behaviors, there are still many that we don’t.  In the end, only our furry friends truly know why they do what they do.