The report highlights the top, middle, and bottom tiers of jurisdictions and notes the “Best Five” and “Worst Five” states overall. Nevada is #24 – in the middle tier! 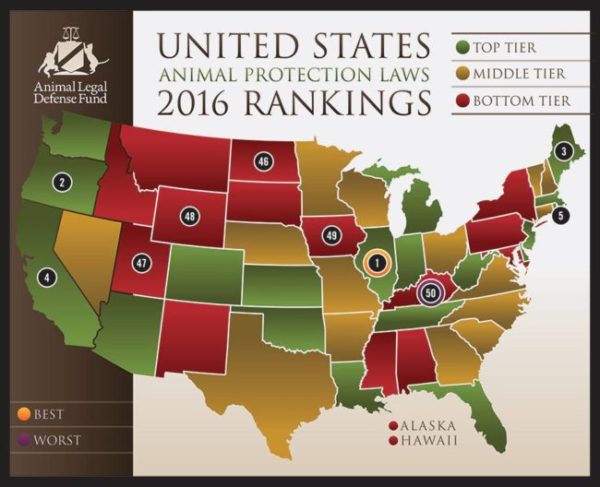 For more information about the report or the American Legal Defense Fund: http://aldf.org/press-room/press-releases/best-worst-states-for-animal-protection-laws-2016-report-released/