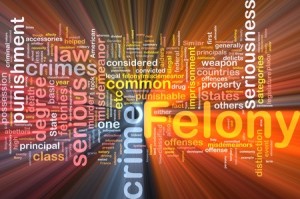 In January 2016 they began tracking and collecting information about incidents of animal cruelty. This will improve the way crimes against animals are tracked nationally and could help strengthen state animal cruelty laws.

Another important aspect is developing the possible link between animal abuse/cruelty and violent crimes against people. There is evidence that many criminals abuse animals before they abuse people. Reporting, tracking and analyzing data can help police identify future violent criminals.

“With this information, law enforcement and victim services would be able to better target their intervention efforts with respect to both animal cruelty and those crimes for which animal cruelty serves as a marker,” said Dr. Mary Lou Randour of the Animal Welfare Institute, which worked closely with the National Sheriffs’ Association to advance their cause. “Identifying and analyzing animal cruelty crimes would provide an important tool for law enforcement.”

The National Sheriffs’ Association’s John Thompson urged people to shed the mindset that animal cruelty is a crime only against animals. “It’s a crime against society,” he said, urging all law enforcement agencies to participate in NIBRS. “By paying attention to [these crimes], we are benefiting all of society.”

The official definition of animal cruelty according to the FBI is:
Intentionally, knowingly, or recklessly taking an action that mistreats or kills any animal without just cause, such as torturing, tormenting, mutilation, maiming, poisoning, or abandonment. Included are instances of duty to provide care, e.g., shelter, food, water, care if sick or injured, transporting or confining an animal in a manner likely to cause injury or death; causing an animal to fight with another; inflicting excessive or repeated unnecessary pain or suffering, e.g., uses objects to beat or injure an animal. This definition does not include proper maintenance of animals for show or sport; use of animals for food, lawful hunting, fishing or trapping.